My work, Iron Will is part of a group show called Monochrome at the Old Biscuit Factory in London. 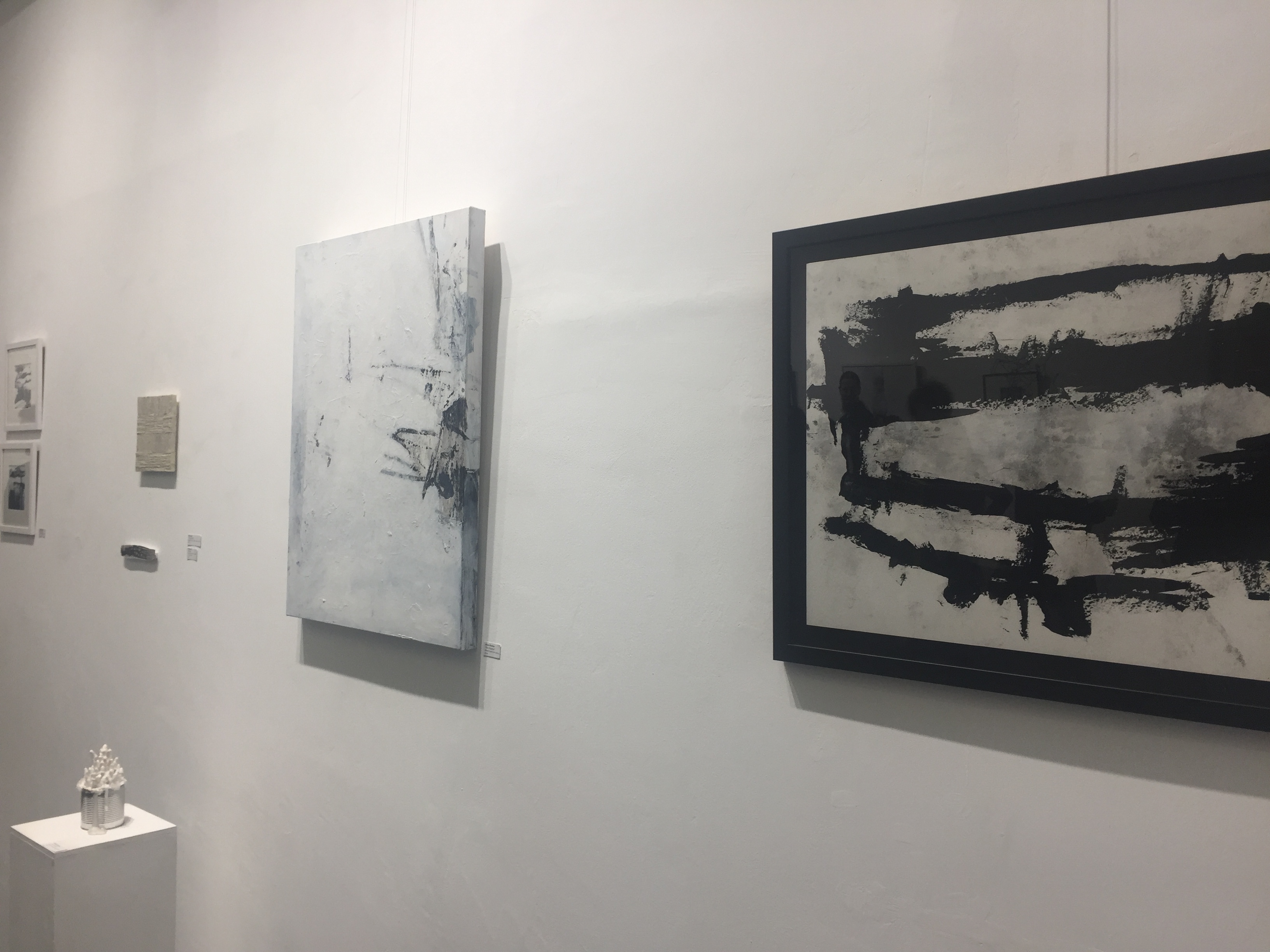 The piece is part of a series I am working that recreates on visual terms, the energy and movement that goes into everyday routine and in doing so, the universal weight of human duty and the meditative approach we can take to daily routine. 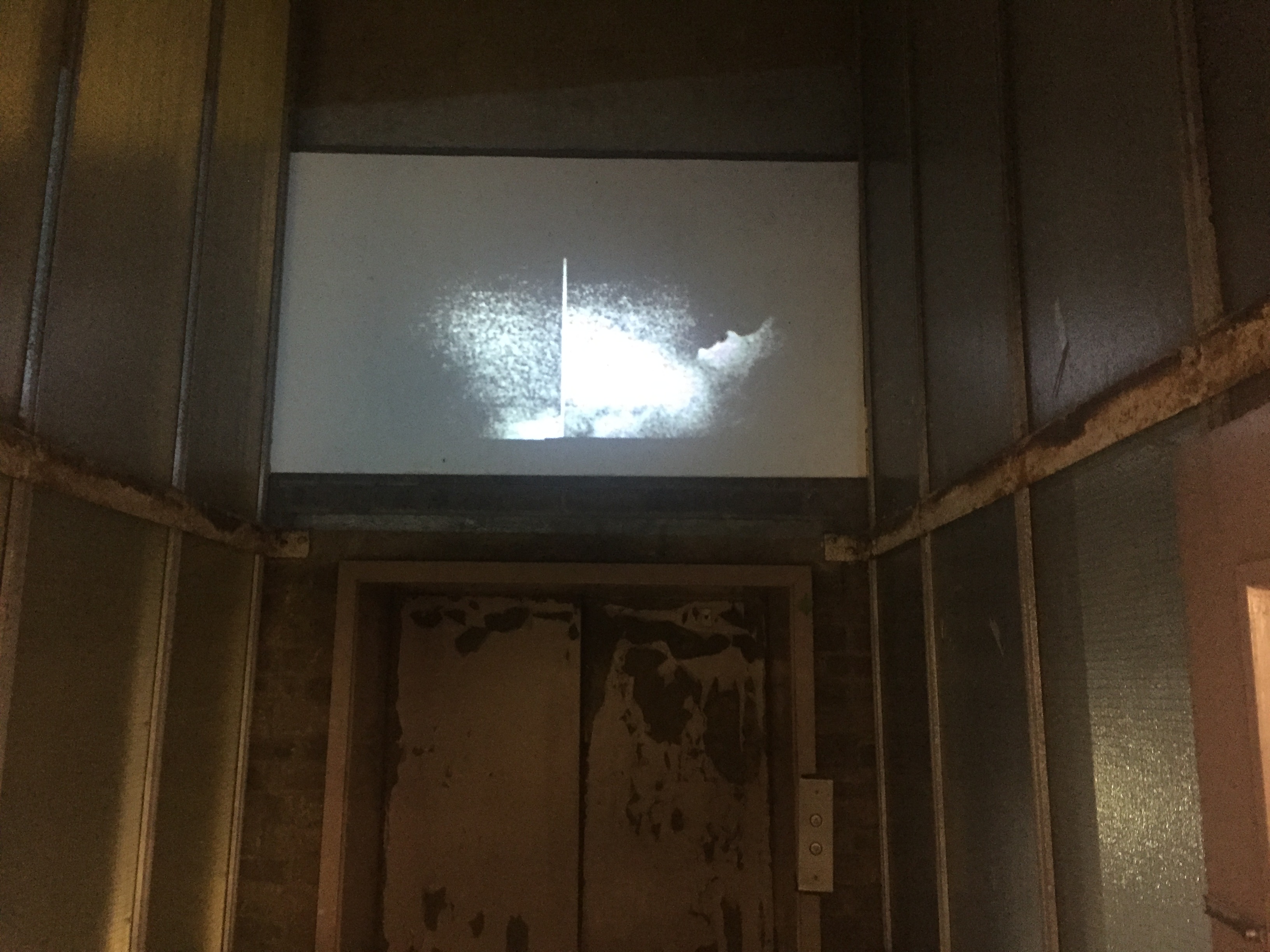 At the preview I talked to artist Hannah Scott who is working on a project exploring the impact of plastic on the environment.  Her video projection, Wyndham’s Oak, refers to the biogenic vapours emitted by trees that helps to cool the planet. 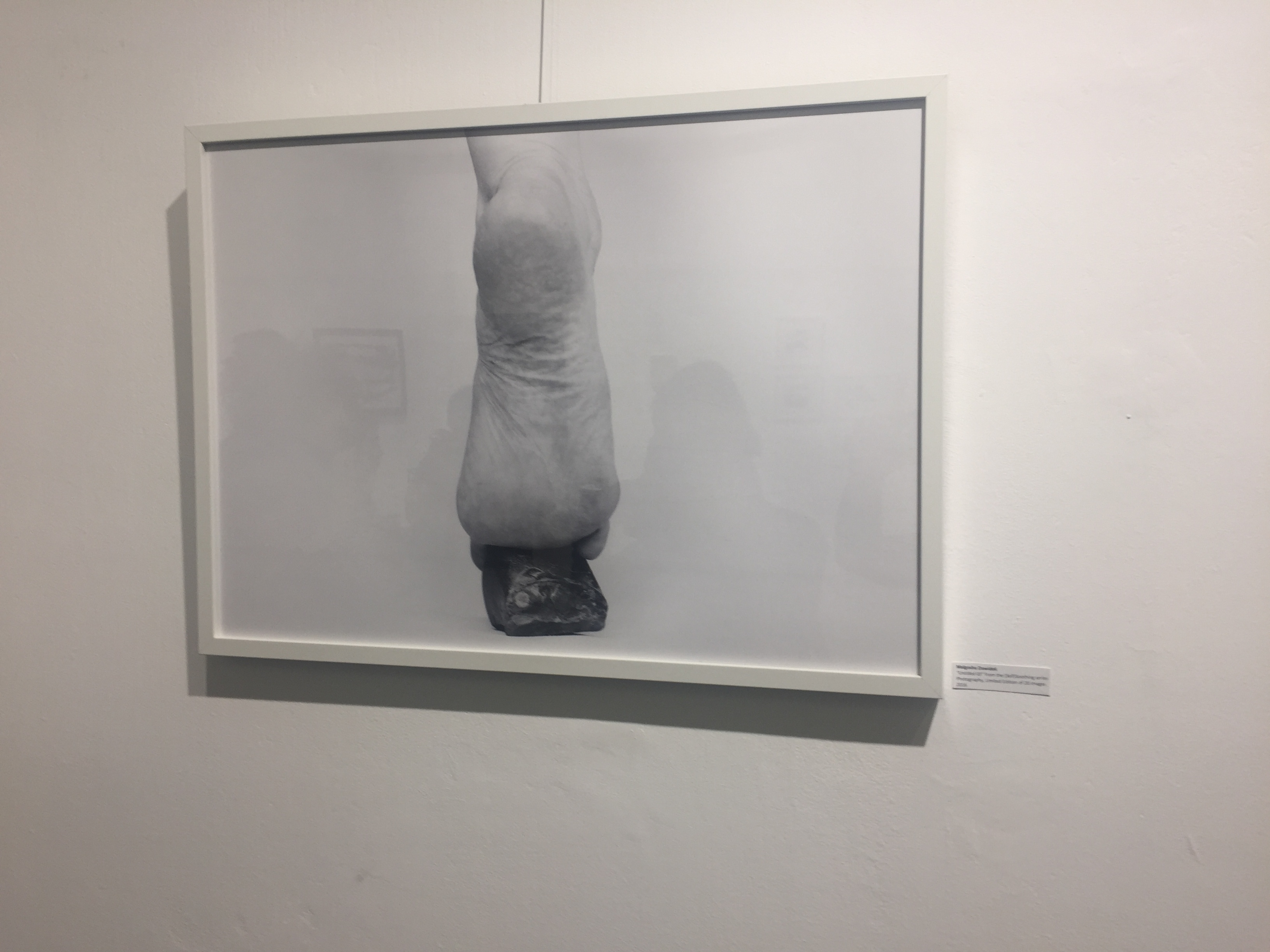 Malgorzata Dawidek, Untitled 03 from the (Self) Soothing series.

The show is on until 20th March.