A long-overdue trip to London to see an old friend and a day spent looking around commercial galleries. 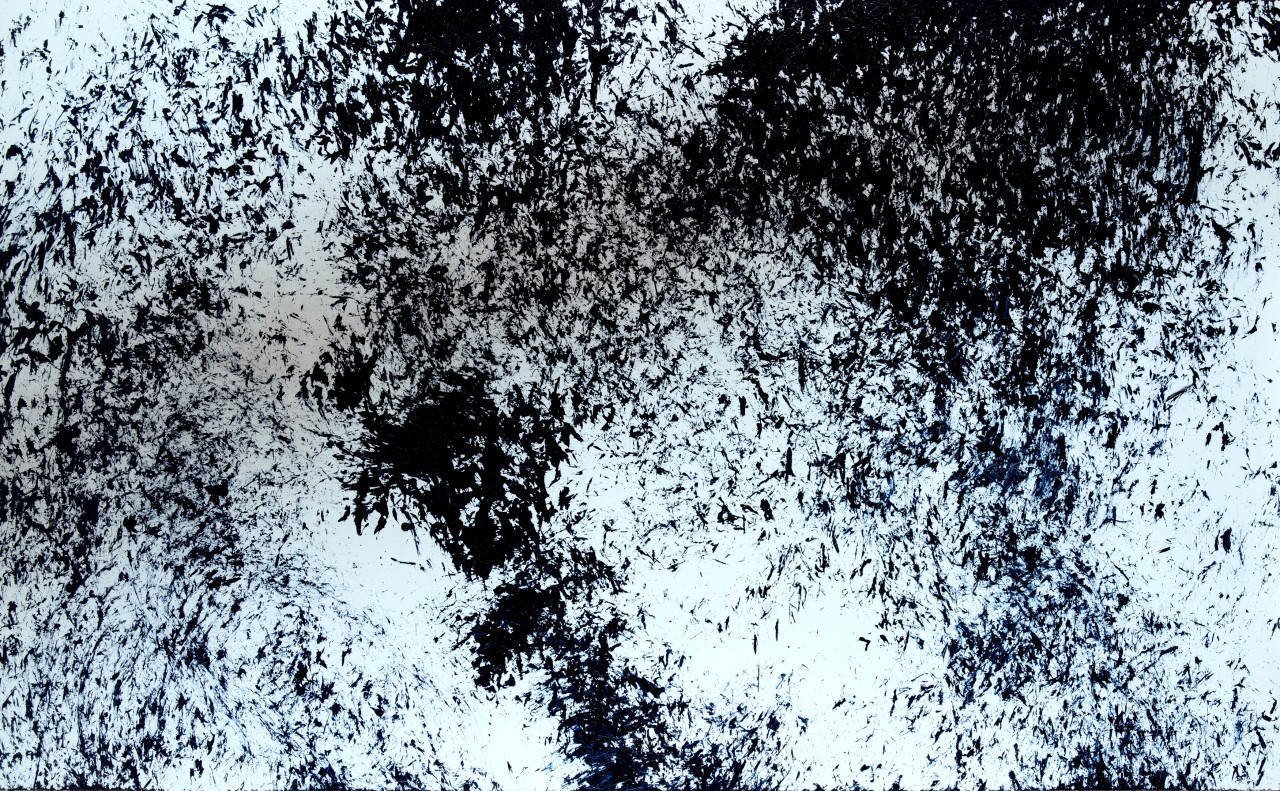 An amazing exhibition of later work from an artist that continued to work from his wheelchair in his later years, lashing the surface of his artwork with sprays of paint from what looks like a garden insecticide dispenser.  Remarkable and enormous abstract paintings that are delicately balanced for all their power and weight. 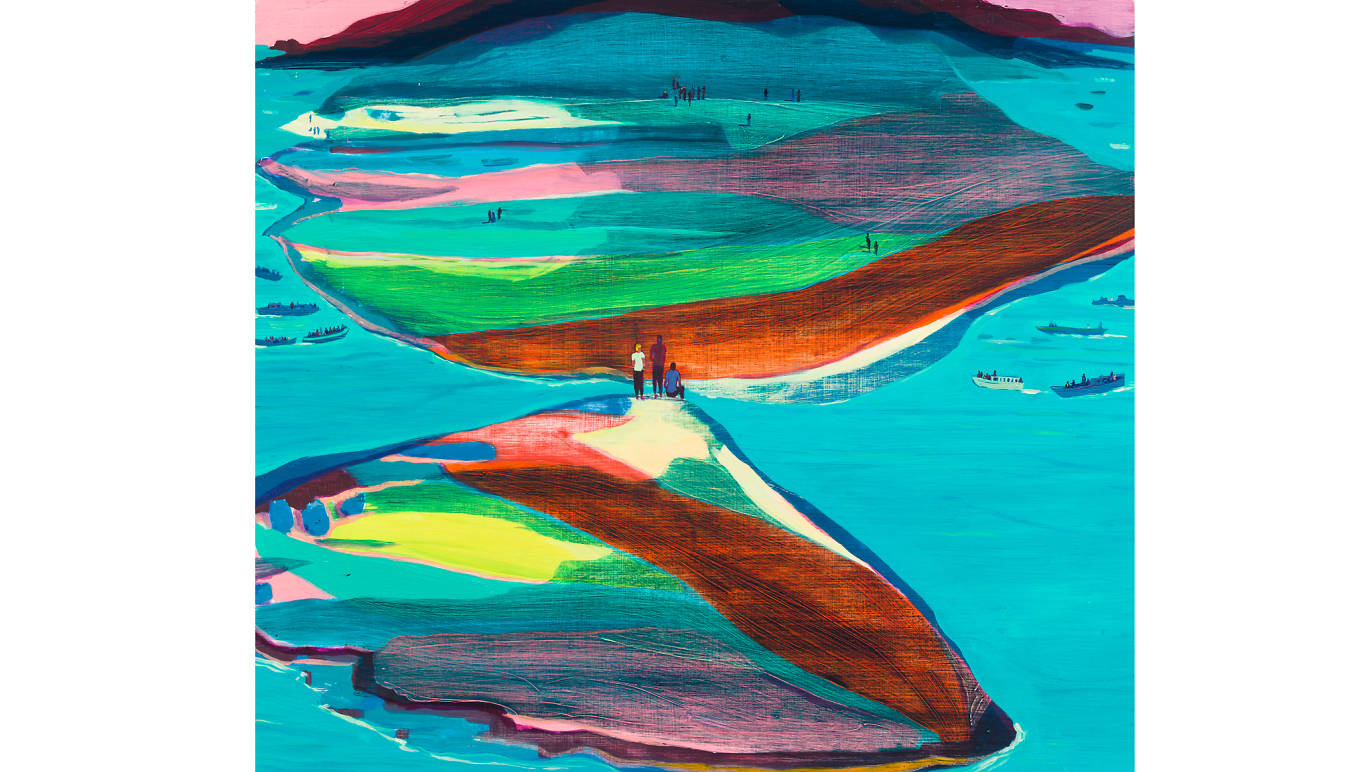 I loved this exhibition of work which is bright and luminous and plays around with human size and perspective.  Giants and tiny humans inhabit these fantasy holiday-like locations.  Carnival congregations create an atmosphere of togetherness and to me felt like the artist captured modern life and its undercurrent of fear beautifully. 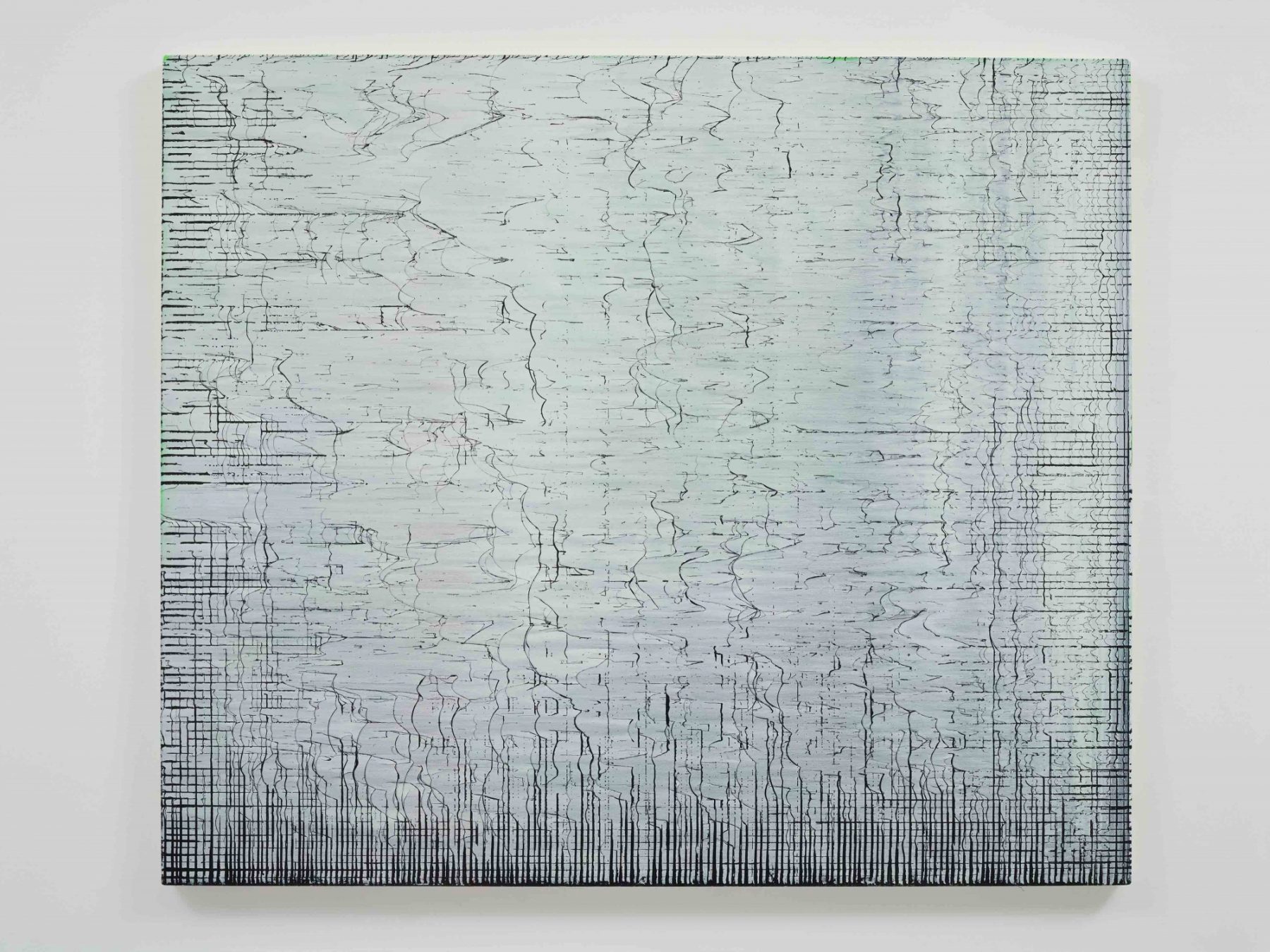 Rachel’s room full of blood-red and lace-like paintings are like a warm and sensuous welcome into a violent aftermath.  Her broken and distorted grids are beautiful reminders of discord, disunity and disharmony.

How images produced through technology can become part of the art-making process and also be shown in the traditional gallery setting.  The most poignant thing there was his stacking canvas artworks against the walls of one of the rooms, it says to me he’s got a lot of work but nowhere to show it.  Images stack up everywhere.  Image prolification is a modern phenomenon in today’s virtual world.  Analogue space is not.

We viewed this solo show from Iranian-American artist before we knew the identity of the artist.  It was clear to us the geographic and cultural references came from the Middle East and the beautiful images of gardens and characters.  The visual narratives are Persian in origin and the huge paintings look like rich tapestries with a Western abstract quality about them. 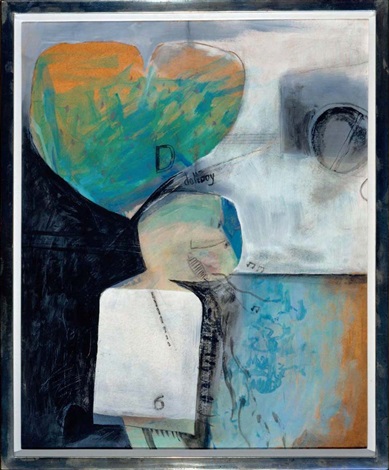 The Poetry of the Real at Beaux Arts

A little gallery we found was like a treasure trove of late 19th and 20th Century art.  Here there was fabulous sculpture pieces and works by David Hockney, Frank Auerbach and Walter Sickert, but it reminds me of the patriarchal nature what is considered to be art.  Filled with art by male artists, visiting this gallery now brought home to me just how we’ve just made a huge attitudinal shift and so through this frame of reference, it felt like old art, from a bygone era.

And although our tour was completely random and by-chance, we still saw only one solo show from a female artist on our travels that day.  I wonder if the art galleries will be catching up soon.  I do hope so.